The times were perilous.  King Charles II, having returned from exile on the continent, had been crowned less than a month before John Lanham’s birth.  Charles’s father, King Charles I, had been executed by the Puritan Parliament in 1649, and in the intervening years, the Puritan Oliver Cromwell had established a Commonwealth, making England a republic rather than a monarchy.  Following Cromwell’s death, the Commonwealth could not be sustained, and Charles’s son, with a heart bent on revenge, returned to England from exile on the continent to restore the monarchy and establish religious uniformity, requiring conformity to the Anglican Church.  The times were not propitious for the religious Dissenters of the country.

Little is known of John Lanham’s father or childhood, but it is a matter of record that young John found his way to London and emigrated to the New World as an indentured servant in 1678 at the age of only seventeen—not even old enough to have graduated from high school had  he been living today.  He arrived in Port Tobacco, Maryland, on the ship Dover, Captain John Harris commanding, as a servant indentured to Col. Benjamin Rozier (variously spelled as Rozer and Roser), who owned a plantation in Port Tobacco.

What exactly did it mean to be an “indentured servant”?  Persons who lacked the financial resources to pay passage to America could make their way to the New World by signing a contract, or indenture, with a landowner already in the colonies, who would pay for the emigrant’s passage in exchange for his or her agreement to work for a defined period (usually four to seven years) without pay.  During the period of indenture, in exchange for their labor, the land owner provided his indentured servants with food, clothing, housing, and the all-important training they would need when they struck out on their own.  When their term of servitude was complete, they were free to go their own way to fulfill their American dream of freedom and self-determination.

To undertake an indenture was, to be sure, a risk, as life was harsh and uncertain, and persons striking out with indenture in hand could not know if they would even survive long enough to gain their freedom.  As depicted in Robert Louis Stevenson’s novel, Kidnapped, some unfortunates were unwillingly indentured, so for John Lanham to go willingly is a sign of a very strong desire to leave England.  What might have motivated him to put himself into the service of another person in a foreign land for perhaps up to seven years?  A look at the times in which he lived will give us a clue.
With John Lanham’s location being Suffolk and the year of his transportation to the New World, 1678, it is hard to neglect the possibility that the Lanham family were religious Nonconformists, a term applied to those whose religious views departed from the Church of England’s—folks such as Baptists, Congregationalists, and Presbyterians.  Suffolk had been the center of religious controversy before, when the famous Puritan leader John Winthrop had left England for the New World in 1630, twelve years before the beginning of the Civil War between the Puritan Parliament and the Anglican (some would even say Catholic) monarchy.
Cromwell’s Protectorate was, of course, Puritan in its outlook (meaning it wished the Reformation of the Church to continue in order to “purify” it of all non-biblical elements of medieval Catholicism).  However,  after Charles II took the throne in 1661, the Restoration began, a period when the philosophy “eat, drink, and be merry” was lived out at Charles’s court, and many who sought to practice a more serious way of life looked toward the New World as their hope for the future.
Whether John Lanham’s motivation was religious freedom or an improvement in his economic condition, his decision to sign on for service in Maryland, in particular, is perhaps explained by the fact that his cousin, Josiah Lanham, had left for Maryland ten years earlier in 1668.  Josiah settled in Kent County, Maryland, and became a well-respected member of the community, marrying the daughter of Major James Ringold and serving as a justice of the peace.
Once the indentured servant had finished his stipulated service, he would typically receive a new set of clothes along with his “freedom dues,” a pre-arranged termination bonus which could be land, money, or a gun.  John Lanham may have served a relatively short period of four years, as he appears in the records in 1682 as a debtor to John Watkins of Anne Arundel County.  Perhaps he had borrowed money as he set out on his life of independence.
This loan and his own hard work apparently paid off as, by 1686, he was a cattle owner, which is known from the fact that he registered his cattle mark (brand) in Charles (now Prince George’s) County.
With stability within sight, he married a woman named Dorothy, and their first child, John, Jr., was born in 1690.  Genealogists have been unable to determine Dorothy’s surname with any certainty—some noting it as Burch (the name of a well-known Prince George’s County family) and others, as Shaw.  Dr. Howard G. Lanham in his work The Lanhams of Maryland and the District of Columbia favors the name Shaw for the following reason[1]:

On March 19, 1710/1, John Lanham was a party to an agreement between Prince George’s County resident Ralph Shaw, Sr., and the planter Edward Marlow, Sr., in which Marlow  agreed to provide life-long room and board to Shaw and his wife, presumably an older couple who were seeking retirement. In exchange for this room and board, Shaw signed over all his personal belongings to Marlow.  At the same time, Shaw gave Lanham two cows and calves and half of all the grain currently in his fields. Researcher Dr. Lanham believes that the equitable division of his assets suggests that Ralph Shaw may have been the father-in-law of both John Lanham and Edward Marlow.  Though this cannot be proved, it is probably as close as we can come to identifying the family of Dorothy (or Dorotha, as it appears in the records).

As the years passed after his marriage, John Lanham continued to advance and prosper.[2]
1694:  On October 3, he was able to purchase a tract of 219 acres of land called Oxmontown, originally patented to Lanham and another man named William Hutchinson.  However, on October 18, Hutchinson assigned the land to Lanham alone.  This tract was on the Piscataway Branch (or Creek), on the north side of which a town called Lanhams is depicted in a map of 1794, which is probably the same place of the current Lanham, Maryland, an unincorporated community with a population of just over 10,000 people.

1696:  On April 10, he was asked to serve as witness to a deed, on which he made his characteristic mark (see at right).  This request indicates that he was a man who had the respect of his neighbors.
1697:  In November, he recorded registered marks for cattle and hogs on behalf of his sons.[3]

1699: On May 15, John, Sr., was the administrator of the inventory of Michael Kersey of Prince George’s County, perhaps a neighbor.[4] In these last two documents, his name is recorded as Lannum and Lennam, respectively, not uncommon in the era before spelling was standardized and people wrote down what they thought they heard.

The subsequent deeds that appear in the records of Prince George’s County show that at the age of 52, John was beginning to transfer his property to his sons.

1713:  On September 22,  John Lanham (now styled Senior) transferred the 100 acres of a tract called Lanham’s Addition to his son, John Lanham, Jr., for “love and affection.” Dorotha Lanham gave up dower rights to that property. About three weeks earlier, the records show that John, Sr., had transferred a 100-acre tract simply called Addition to his second son, Richard Lanham.  However, researcher Dr. Howard Lanham notes it is not clear if the Addition was a different tract or the same one given the following September to John, Jr. No other source mentions a Lanham-held tract simply called Addition. Four years later, on November 16, 1717, Lanham’s Addition was transferred to John, Jr., once again under the same terms: “for love and affection” with Dorotha Lanham giving up her dower rights.

1729:  On May 3, John Lanham, Sr., transferred Oxmontown, 95 acres, to his son Richard again for “love and affection” with Dorotha Lanham, wife of John Lanham, Sr. giving up her dower rights.

1744: On January 19, John Lanham, Sr., transferred the remaining section of Oxmontown to his son Richard.  In this case, the term “for love and affection” was specified, but there was no mention of his wife giving up her dower rights. The deed also mentioned that 45 acres were reserved for William Lanham, John Sr.’s, third son.

John Lanham died in 1745 at the age of eighty-four.  From the lot of a hungry lad of seventeen setting out on rough seas to an uncertain future to the status of a prosperous landowner with a large family and the respect of his community, John Lanham epitomizes the American ideal of hard work, determination, and an upright life.  Interestingly, if he were buried near Lanham, Maryland, in Prince George’s County, where his property was known to be, he lies interred just 19 miles northeast of the resting place of his sixth great-grandson, Patric Levi Lanham (1915-1954), a naval photographer of World War II who lies in Arlington National Cemetery. 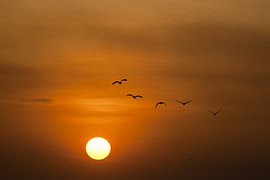 [1] “Controversies in Lanham Genealogy. Topic Three: Who Was the Wife of John Lanham?” http://www.angelfire.com/md3/howardlanham/controversies/controversy3.html
[2] The details in this section were discovered by Dr. Howard G. Lanham and presented in The Lanhams of Maryland and the District of Columbia. For complete documentation, see:  http://www.angelfire.com/md3/howardlanham/data/datalanhamj.html
[3] This document is problematic in my opinion in that Dr. Lanham states that the marks were made for John, Jr., Richard, and Thomas.  However, Thomas was not born until 1701.
[4] 1658-1758. Charles County, MD, Families “First 100 Years”: Wills, Court, Church, Land, Inventories, & Accounts.
at December 14, 2015 No comments: