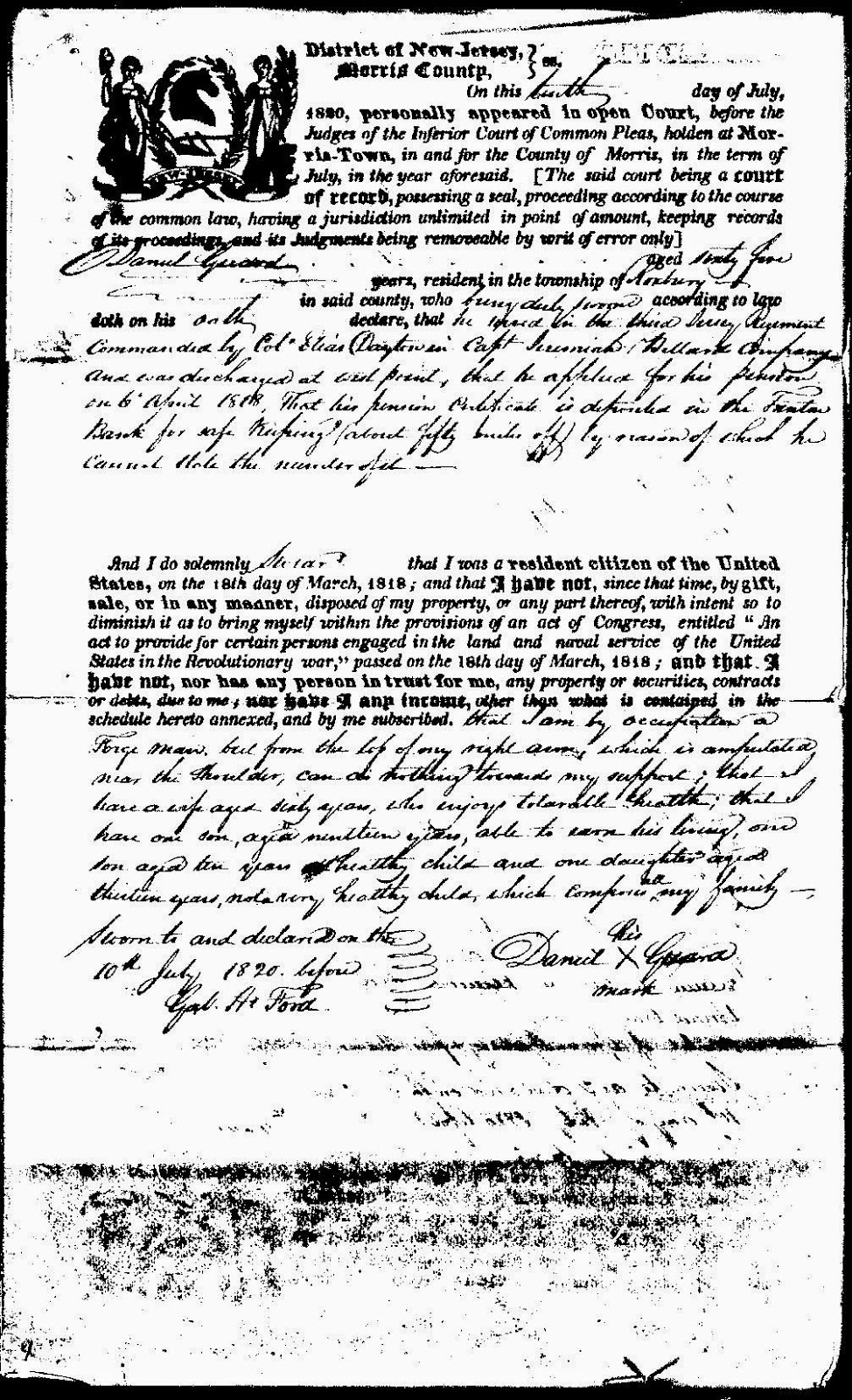 District of New Jersey
Morris County
On this seventh day of July, 1820, personally appeared in open Court, before the Judge of the Inferior Court of Common Pleas, holden at Morris-Town, in and for the County of Morris, in the term of July, in the year aforesaid. [The said court being a court of record possessing a seal, proceeding according to the course of the common law, having a jurisdiction unlimited in point of amount, keeping records of the proceedings and the Judgments being removeable [sic] by writ of error only.
Daniel Guard aged sixty five years, resident in the township of Roxbury in said county, who being duly sworn according to law doth on his oath declare, that he served in the third Jersey Regiment commanded by Col. Elias Dayton in Capt. Jeremiah Ballard’s company and was discharged at west point [sic], that he applied for his pension on 6 April 1818, That his pension certificate is deposited in the Funton [Fulton?] Bank for safe Keeping (about fifty miles off) by reason of which he cannot state the number of it.

www.geneabloggers.com
at November 10, 2014 No comments: 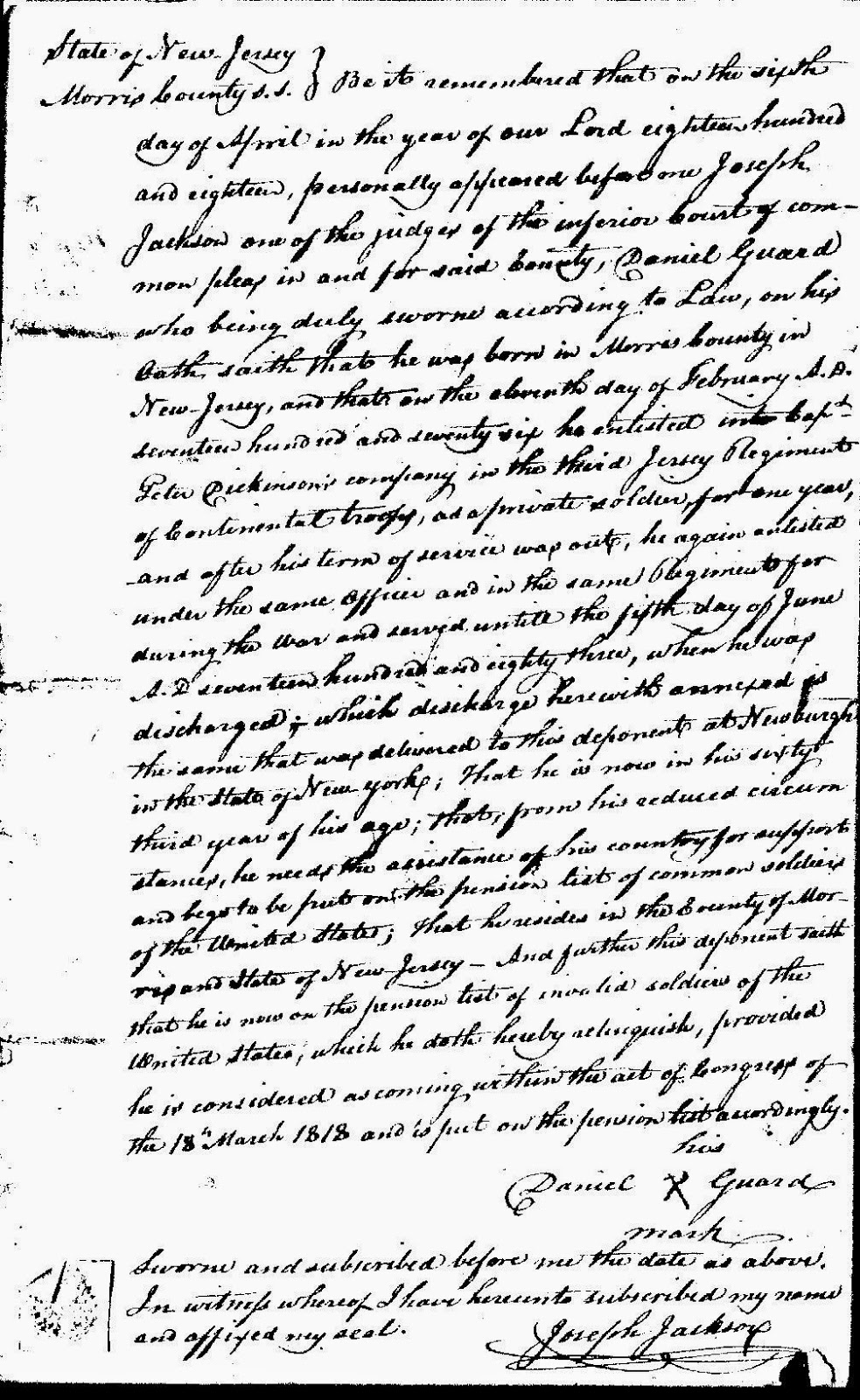 Be it remembered that on the sixth day of April in the year of our Lord eighteen hundred and eighteen, personally appeared before me, Joseph Jackson, one of the judges of the inferior court of common pleas in and for said county, Daniel Guard, who being duly sworn according to Law, on his Oath, saith the he was born in Morris County in New Jersey, and that on the eleventh day of February, A. D. seventeen hundred and seventy six he enlisted under Captn. Peter Dickinson’s [Dickerson’s] company in the Third Jersey Regiment of Continental troops, and a private soldier, for one year, and after his term of service was out, he again enlisted under the same officer and in the same Regiment for during [sic] the war and served until the fifth day of June A. D. seventeen hundred and eighty three, when he was discharged, which discharge herewith annexed, is the same that was delivered to this department at Newburgh in the state of New Yorke; That he is now in his sixty third year of his age; that from his reduced circumstances, he needs the assistance of his country for support and begs to be put on the pension lists of common soldiers of the United States; That he resides in the County of Morris and State of New Jersey—And further this deponent saith that he is now on the pension list of invalid soldiers of the United States, which he doth hereby relinquish,
provided he is considered as coming within the act of Congress of the 18th March 1818 and is put on the pension accordingly.
his
Daniel X Guard
mark
Sworn and subscribed before me the date as above. In witness whereof I have hereunto subscribed my name and affixed my seal.
Joseph Jackson